Yes No
You need to accept our terms to enter!!
By entering, you accept our Privacy and Cookie Notice and Conditions of Use
Remember me
History
Production site
Markets
Careers
Home / News / Special Wine Tastings with Kabile at Apolonia this Year

Special Wine Tastings with Kabile at Apolonia this Year

A special series of wine tastings accompanied the most attractive events of the 35th installment of the Apolonia Arts Festival, which took place in Sozopol between August 29 and September 7. For the third year in a row, the arts festival was supported by the oldest wine cellar in Southern Bulgaria, Villa Yambol. The wine makers organized a several special wine tastings of their most awarded Kabile series, named after the ancient Thracian town of Kabile. “Wine, like art, is a bridge between the past and the present,“ representatives of the wine maker said. An interesting fact about the label of the bottle is that it depicts the Thracian goddess Cybele, the keeper of the forces of nature. There is a consensus among historians that in antiquity, her face was imprinted on the seals of all Thracian wines as a guarantee of their quality. It is not a coincidence that ever since its introduction on the market the Kabile brand has been the most awarded wine brand in international competitions. This year alone, the wines from the Kabile series have won a total of 20 prizes abroad.

A wine tasting marked the start of the opening ceremony of Apolonia on 29 August and the show by the Arabesque Ballet Company. The special accent in the program was the first master class by Bulgarian Opera Singer Alexandrina Pendachanska. The event took place between August 25 and August 30 at the Santa Marina resort community. The master class ended with a concert by the opera singer on August 30 in Sozopol, where guests had the opportunity to taste the wines of the Kabile series. With a glass of wine in hand, the members of the audience enjoyed a magnificent rendering of a tango from the cycle “The Four Seasons of Buenos Aires” by Astor Piazzolla on August 31. Piazzolla is the author of the famous tango from the movie Scent of a Woman, which is remembered for its iconic performance by Al Pacino. The wine makers from Villa Yambol organized a game with the members of the audience where they gave away wines from their Kabile series to celebrate the second album of Masetro Zhivko Petrov on August 30. On September 5, the concert of the Big Band of the Bulgarian National Radio was also supported by the wines. 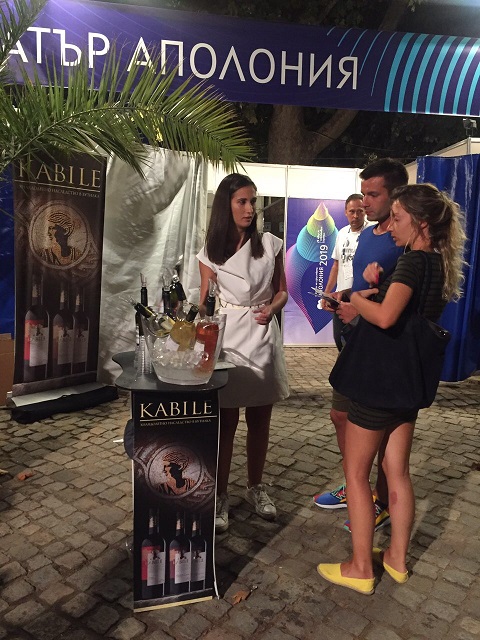