Yes No
You need to accept our terms to enter!!
By entering, you accept our Privacy and Cookie Notice and Conditions of Use
Remember me
History
Production site
Markets
Careers
Home / News / Straldjanska Fans Discover the Perfect Rakia-Based Cocktail

An attractive mix of a one-off show program and modern custom-developed drinks put the exclamation mark on the first of its kind contest for the most original multi-component rakia-based beverage entitled Looking for the Modern Bulgarian Cocktail. Manning the Straldjanska Muskatova bars at the event were top mix-masters Alexander Simeonov and Nikolay Vangelov from Nomad Barman. They prepared several variations of popular cocktails using Bulgaria’s traditional alcoholic drink, six of which were presented to a panel of select rakia connoisseurs and veteran contestant winners.

“The event was all about presenting the cocktails to the audience. Apart from determining who the prize was going to, we wanted to hear their opinions about the taste and the presentation of the rakia,“ officials at Villa Yambol, the maker of Straldjanska, said. “The interest toward the competition is evidence that many people use rakia in cocktails and are open to accepting it as a modern drink that goes beyond the cliché,” the makers added.

Presenting rakia in a more attractive and modern way is the mission on which Straldzhanska, Bulgaria’s favorite premium rakia, has embarked upon this season. Since the start of September, the brand has been promoting a signature cocktail platform showcasing the modern side to the nation’s favorite beverage - http://straldjanska.online. It features interpretations of different alcoholic mixes such as classic and well-established cocktails, as well as cutting-edge rakia-based trendy drinks including BLOODY MARIA, STRALDJANSKA HIGHBALL, STRALDJA SPRITZ, STRALDJA OLD FASHION, ENERGY HIGHBALL, AND STRALDJA SOUR. The custom-developed cocktails will soon make it to the cocktail menus of many establishments across the country promoted via the Facebook page of the brand.

Bulgarian bartenders Alexander and Nikolay, who are the winners of countless international competitions, also believe that high-quality Bulgarian rakia can hold its own against all the other popular cocktail bases. They say that Bulgaria’s favorite drink is making ever bolder steps toward mainstream cocktail culture and admit that they have been actively working for the establishment and promotion of rakia in bars and restaurants everywhere. „Good, high-quality Bulgarian rakia is a drink to be savored and enjoyed, which is increasingly being consumed in moderate quantities and is looking for a new, modern platform. In other words, the nation’s favorite drink is slowly making its way from the dinner table to the bar,“ Alexander Simeonov says. „Over the course of the last several years, cocktail culture in Bulgaria has grown and developed immensely. Where once the public was going for high-alcohol drinks, now they seem to prefer lighter and simpler drinks that are easier to make.” We are witnessing a growing shift toward premium brands as consumers are putting much higher requirements and criteria on drinks. Straldzhanska Muskatova is becoming a preferred brand amongst people who drink for pleasure,“ fellow bartender Nikolay adds.

An interesting fact about the production of Straldzhanska is that Villa Yambol is one of the few makers that have their own barrel-making units. Still working at their shop is Bai Valcho, Bulgaria’s oldest barrel maker, who still passes on his vast experience to the new generation of barrel makers. Rakia barrels are made from Bulgarian-grown oak. The high quality of the lumber enriches and shapes the final touches in the aroma and the taste of the Straldzhanska rakia, the technologists at the winery say. The color of Straldzhanska is light amber. The drink smells like muscat grapes with tender tones of rose and fig. The taste is solid and reminiscent of ripe muscat grapes. 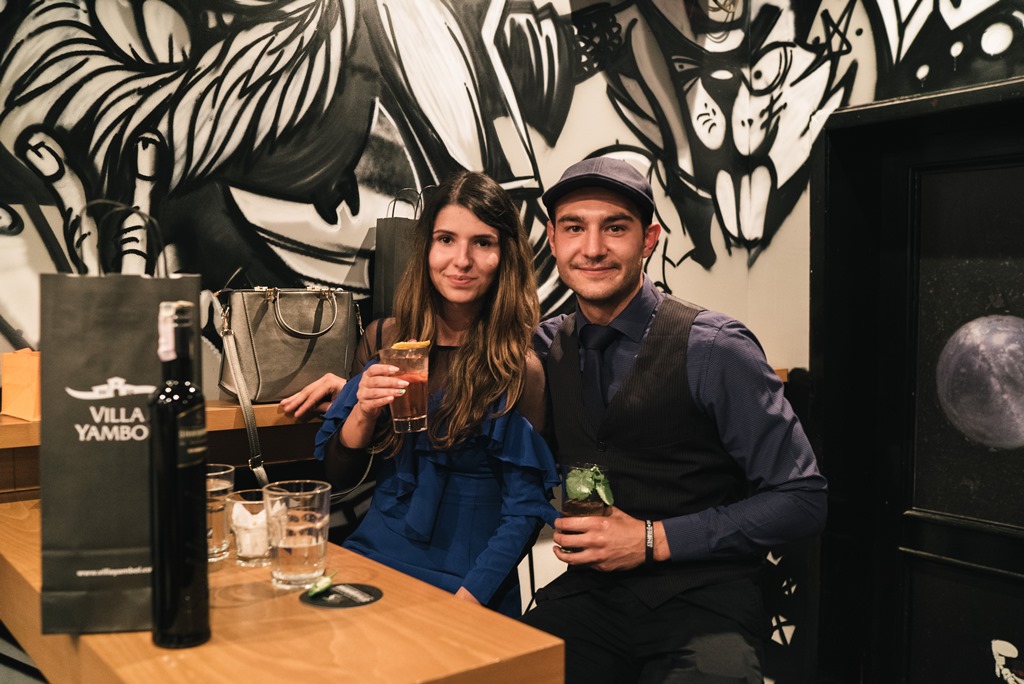